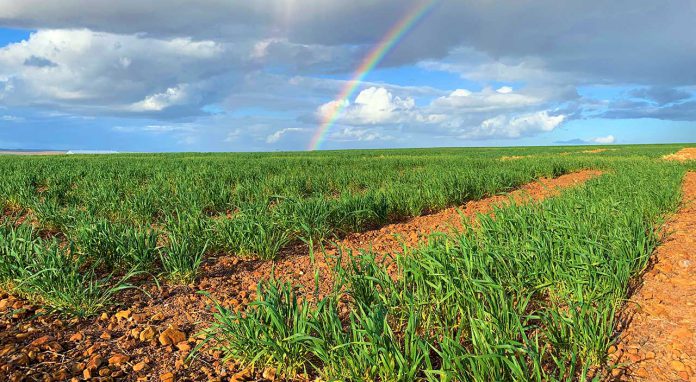 This research combines molecular science with expert breeding to speed up the identification of Fusarium Crown Rot resistance genes from a SA wheat cultivar.

What is Fusarium Crown Rot?

Fusarium Crown Rot (FCR) is a soil-borne plant disease caused by Fusarium pseudograminearum.  This pathogen can infect many cereal crops and is particularly severe in wheat. The symptoms include lower stem browning and crown necrosis. White heads containing shrivelled grain is also a common feature. This often results in lower yields and quality downgrades in wheat production (Liu and Ogbonnaya 2015).

Why should we worry?

FCR is found in many countries, but is known to have the greatest impacts in water scarce wheat cropping regions (Kazan and Gardiner 2018). The fungal load is increased by conservation farming, such as no-tillage practises. In addition, drought conditions and increased CO2 levels have also been shown to increase FCR incidence (Moya-Elizondo 2013).

In South Africa (SA), wheat producing areas of the Western Cape province have the largest occurrence of FCR and conservation practises are widely expanding here (Lamprecht et al. 2006). SA is a semi-arid country where water is a precious resource and the Western Cape is still recovering from the Cape Town water crisis (2017 -2018). With climate change, this region may get warmer and drier over time. Thus creating perfect conditions for FCR to thrive. This would cause increased yield losses for farmers, and reduced food security for consumers.

What can we do?

The identification, QTL mapping, and utilisation of resistance genes are key components to adding FCR resistance to the breeders toolkit (Jiang et al. 2019). Incorporating these genes in wheat lines could reduce yield loss and decrease the inoculum load of the field for subsequent years (Liu and Ogbonnaya 2015). To date, this has never been done for an SA wheat cultivar.

We set out to identify the genetic components responsible for FCR resistance in a high yielding SA bread wheat cultivar using a QTL approach.

A promising commercial wheat cultivar showing FCR resistance was identified through our joint work with Sensako. A double haploid population was created using this cultivar. The population was screened with high throughput molecular markers. In order to map markers to chromosomal regions linked with resistance, phenotypic data is needed.

To generate this data, the first field trial to study the genetics of FCR resistance in SA is currently underway (see photos below). The trial was planted in June this year at the Sensako Research Station in Napier. This is a very labour intensive trial and an expert eye is needed to score the disease symptoms. We are lucky enough to have a wealth of knowledge and experience provided by collaborators Dr Sandra Lamprecht (ARC-PPRI), FCR specialist, and Mr Driecus Lesch (Sensako), wheat breeder maintaining the field trial. A similar trial will be done in Australia by our collaborators across the sea, Drs Anke Martin and Cassy Percy from the University of Southern Queensland (USQ). The purpose of this will be to explore the effect of SA resistance genes against the Australian F. pseudograminearum population.

The project is funded by The Winter Cereal Trust and is jointly led by Dr Renée Prins (CenGen) and Dr Anke Martin (USQ). CenGen has previously completed several QTL mapping projects to unravel rust resistance in SA wheat cultivars (http://www.cengen.co.za/research-projects). With the experience provided by CenGen and collaborators, we have laid a sound foundation for the much-needed first genetic analysis of FCR resistance in a SA bread wheat cultivar.

This work is making use of the genetic resources we already have to gain a better understanding of FCR resistance. This will ultimately benefit SA wheat breeders, farmers and consumers in the future.