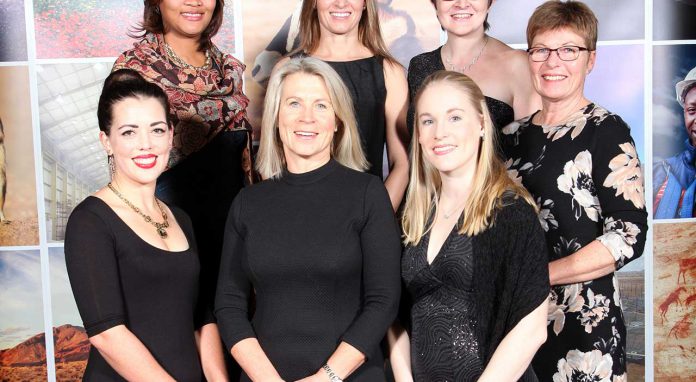 The NSTF-South32 Awards, was held at a prestigious Gala Dinner in Gauteng on Thursday, 29 June 2017. It is the 19th celebration of this flagship project of the National Science and Technology Forum (NSTF).

Outstanding contributions to science, engineering and technology (SET) and innovation were awarded and celebrated in the following broad areas under 13 distinct categories:

As previously stated by the Minister of Science and Technology, Mrs Naledi Pandor, South Africa’s science mission is to create wealth thus creating jobs and eradicating poverty. Its success depends on our ability as a nation to develop new products, technologies and services.

About the awards, the NSTF and the outstanding contributions from scientists, engineers and other SET professionals

The NSTF is the most representative multi-stakeholder non-profit forum in South Africa promoting SET, including mathematics and innovation, through collaborative effort. The NSTF-South32 Awards showcase the research and development capacity of our nation. The excellence of the winners to SET and innovation bring hope for the advancement of our country and the social upliftment of all people in South Africa.

What makes these awards special

The national NSTF-South32 Awards are the largest SET and innovation awards in South Africa. They are known as the ‘Science Oscars’ and were the first science awards in the country. The focus is on spreading information about SET to the public, which includes the year-long engagement programme with students and learners called the ‘Share ‘n Dare’ Programme. The NSTF Brilliants Programme recognises the top matric achievers in mathematics and physical science and exposes them to the SET network for future careers and motivation. These youth programmes are sponsored by the Carl & Emily Fuchs Foundation.

The awards were presented by the Honourable Minister of Science and Technology, Mrs Naledi Pandor, who is also the event’s patron. She celebrated along with almost 600 guests and over 50 different organisations from the broader community. It is an honour to be nominated, it is an outstanding achievement to reach the finals and an exceptional milestone and celebration of excellence to win one of these awards.

The CenGen Team was selected as a WINNER of a 2016/2017 NSTF-South32 Award in the category “Research for innovation – Small, Medium or Micro Organisation (SMME)”.

Highlights of the NSTF-South32 Award Gala